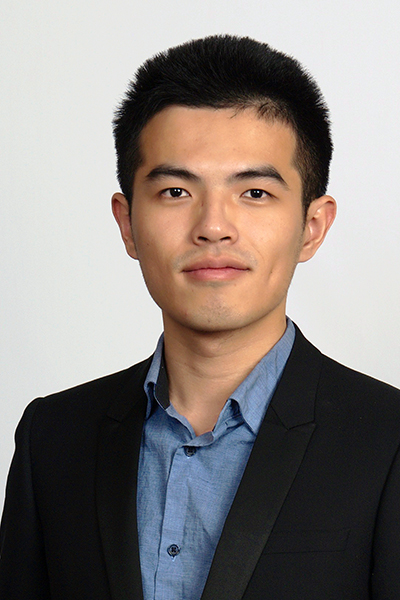 CEEE has a very good reputation. I have more resources and opportunities than I would have in most other programs.

Zhenyuan Mei’s thesis, Modeling of Mobile Conditioning Systems, involves the building of steady state and transient models for Mobile Air Conditioning system (MACs ). One of his tasks is comparing refrigerants to see which are most effective within a secondary loop system. He used Dymola for the transient model, and created a direct expansion system to set a benchmark. In Dymola, the heat exchangers are modeled using the finite volume method, and the compressor model is an efficiency based model. Mei began working on this project when he joined CEEE in 2015.

Formula SAE experience led to interest in CFD modeling
He moved from his home in Hangzhou, China to attend Southeast University in Nanjing, China where he majored in Building Environment and Equipment Engineering. During that time, Mei participated in Formula SAE, a student design competition organized by SAE China. His team designed an air intake system for an engine, and he conducted CFD simulations to improve the design of the car body. This experience further increased his interest in modeling.

Immediately after he earning his undergraduate degree in Mechanical Engineering, Mei came to the United States to pursue his master’s degree. He chose CEEE so he could work with HVAC systems using cutting-edge technology. “CEEE has a very good reputation. I have more resources and opportunities than I would have in most other programs,” he explains. Mei expects to graduate in May, 2017, and would like to do industry work with HVAC or HVAC-related systems afterwards. He would like to spend a few years working in the United States before returning to China.

Enjoys nature and cultural pursuits
In his free time, Mei likes to go to museums and Chinese and Korean restaurants in Washington D.C. He also does a lot of activities with friends, such as hiking in the Shenandoah National Park. A lover of classical music, he attends concerts at the Kennedy Center often. Most recently, he went to a performance of Beethoven’s 8th Symphony.  He also enjoys traveling.  The photo here shows him in Miami.